There are no results for Lancaster right now, maybe try a different search. 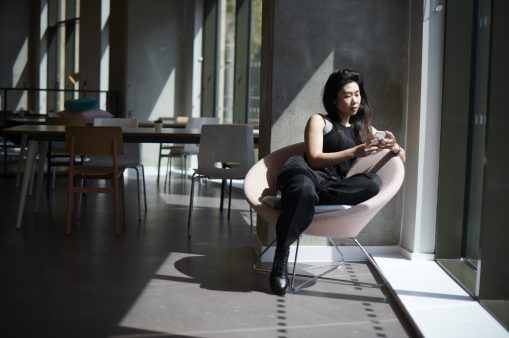 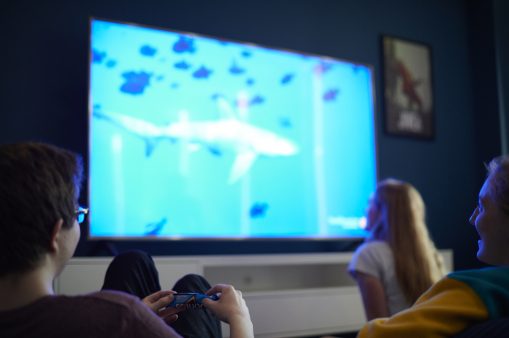 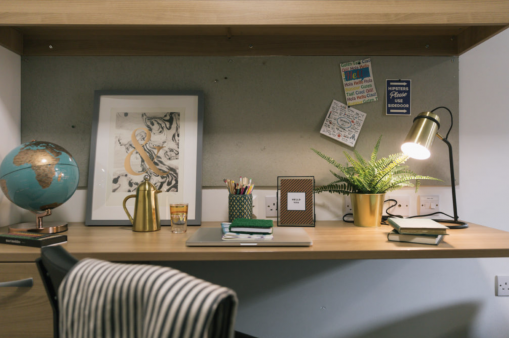 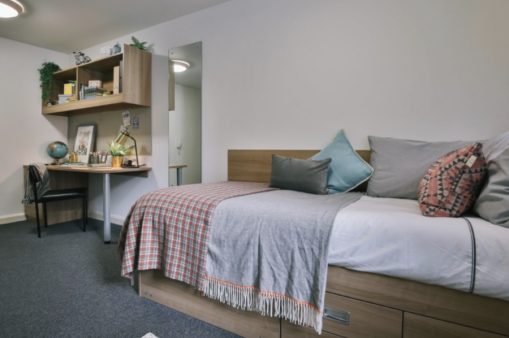 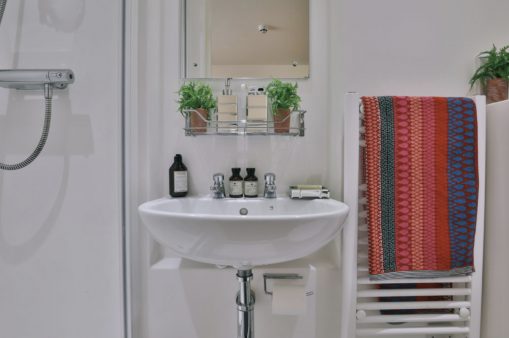 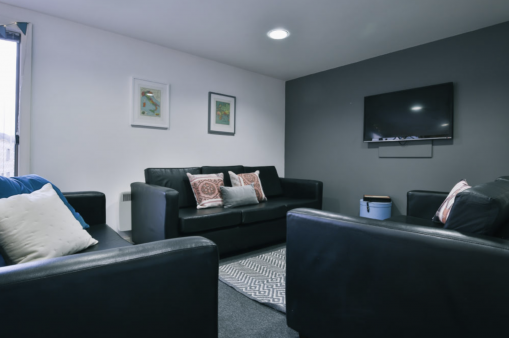 Hello Student Victoria Court
Viewed
Rooms from
£118.00 per week
0 of 0 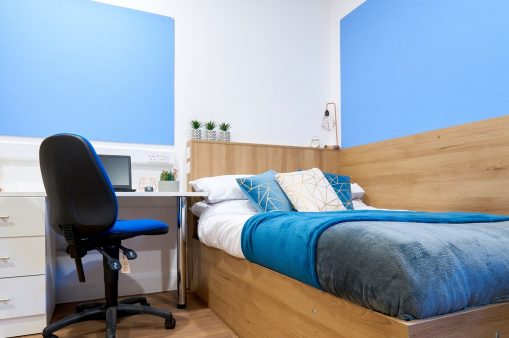 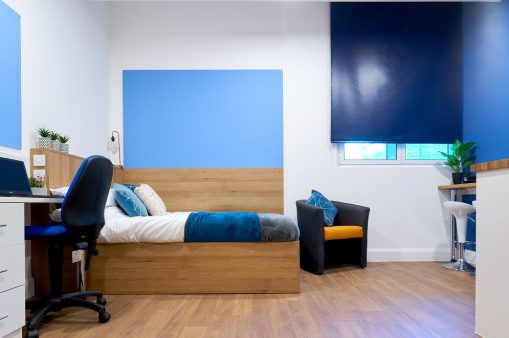 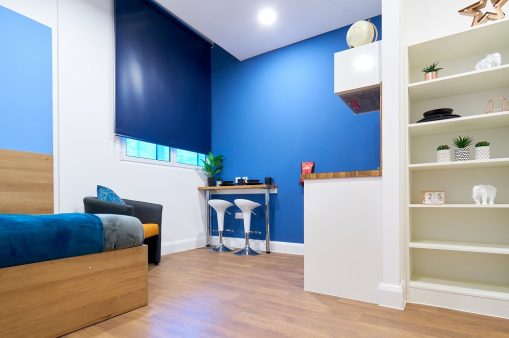 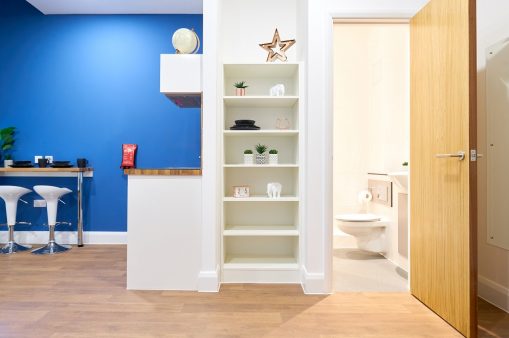 Accommodation for students in Lancaster at a glance

For student halls in Lancaster city centre, check out Victoria Court. This modern accommodation offers a range of rooms as well as comfortable communal areas, a TV room, an outdoor courtyard, and bike storage. It’s right in the city centre, which means you have your pick of cafes, bars, and restaurants. It is, however, on the opposite side of the city to Lancaster University, which means a short bus ride to campus, or about an hour’s walk.

If you’re looking for private student accommodation in Lancaster with lots of natural light, look to aparto Caton Court. These modern apartments offer a range of ensuite and studio rooms and there’s even a penthouse, as well as a gym, cinema space, and study rooms. It’s located in the northern part of the city centre with lots of amenities close by. This student accommodation in Lancaster is also a short bus ride or an hour’s walk from Lancaster University.

For student studios in Lancaster with a bright and fun atmosphere, have a look at St Leonard’s House. This modern student accommodation in Lancaster offers a selection of studio rooms that cater to lots of different needs, as well as free internet, an on-site gym, cosy common areas, and a communal dining room. It’s conveniently located in the city, being only a two-minute walk from St. Nicholas Arcades shopping centre, a 22-minute walk from The University of Cumbria, or a short bus ride to Lancaster University.

For accommodation for students in Lancaster that is right on the River Lune, Luneside should be top of your list. This riverside student accommodation offers a range of studio and ensuite rooms, as well as an on-site gym, games room, communal dining area, and outdoor courtyard. Location-wise, you’re a short bus ride to Lancaster University or about a 25-minute walk to the University of Cumbria.

There are lots of options when it comes to living away at university; check out our guide to the different types of student accommodation to learn more.

Lancaster at a glance

Lancaster is a small city that makes it easy to navigate and explore. Some of the easiest ways to get around are by walking or cycling, but there are also great bus and train links when you need to get to the other side of the city or are venturing further afield.

Stagecoach is the main bus provider in Lancaster and runs a regular and reliable service. There are at least 14 buses per hour that take you from the city to Lancaster University as well as Unirider passes providing discounted tickets for students and staff. It’s safe to say that when looking for student accommodation in Lancaster, you’re never going to be far from a bus stop that takes you where you need to go.

Lancaster train station is in the city centre and is the best way to visit surrounding Lancashire areas, such as Morecambe or Heysham, or explore other parts of the UK. As there is only one stop in the city, it isn’t useful for getting around the immediate area, but with the station being conveniently located in the city centre, it makes coming and going from student halls in Lancaster easy. Check out the National Rail website for tickets and timetables.

Lancaster is a great city to explore by bike with lots of cycling paths and trails to make your trip easy and safe. Not only can you explore the city or go to lectures, there are trails that also connect you to surrounding areas such as Morecambe, Glasson Dock, Carnforth, and the Lune Valley along disused railway lines and canal towpaths. For maps and further information, visit the Sustrans website.

For students that want to live right in the action, the city centre is a great place for you to find student accommodation in Lancaster. Lucky for you there are lots of providers to choose from in this area, along with all the shops, cafes, restaurants and bars you could want. The only downside to the city centre is that it’s a longer walk than other areas to university campuses, however, with regular bus services running from the city centre, it’s easy to get to and from lectures. Another bonus is you have Marketgate Shopping Centre at your disposal and are also close to Lancaster train station when you need to head out of the city. The best part is you’re in amongst all the great student bars and pubs, such as the Crafty Scholar, The Study Room, and The Tap House. Also if you’re after a late-night eat, Ado’s made our Drunk Food Index 2018.

For those of you who like your private student accommodation in Lancaster with a view, then the River Lune area is perfect for you. This scenic stretch of the city provides a great backdrop for your university career with lots of beautiful walks and trails right on your doorstep. You’ll have to go into the city centre for bars, clubs, etc, but don’t worry as that’s only a short walk away. You’ll also have to catch a bus to university, but you do have a large Sainbury’s on your doorstep to stock up on your student essentials.

Right by the University of Cumbria is Prospect Street, a popular area for students to find accommodation. Obviously, the proximity to campus is a big bonus for many students, but it’s also not far from the city centre, which means while you’re close to campus, you can also benefit from the cafes, bars, and clubs not too far away. It’s also close to Williamson Park when you need a break, as well as the locally-famous Hodgson’s Chippy, a delicious fish and chip shop right in the area.

Is Lancaster a good place to study?

Lancaster is regarded as one of the best places to study in the UK as it has a research-intensive university, with 35% of its research deemed world-leading and 48% as internationally excellent by the government’s most recent independent review.

What is there to do in Lancaster as a student?

Even though it’s a small city, Lancaster still has a lot to offer students. Not only is there a great selection of student accommodation in Lancaster right in the city centre where the action is, but there is a buzzing student community with lots of activities and events to keep you entertained.

Is Lancaster a student city?

Lancaster is a great city for students as it allows you to study in a city-based environment that isn’t too big or overcrowded. It has great infrastructure, such as regular buses from the city centre to campuses, that allows students to find student studios in Lancaster anywhere within the city and be able to commute to university easily. 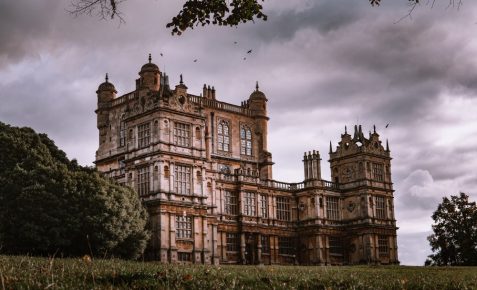 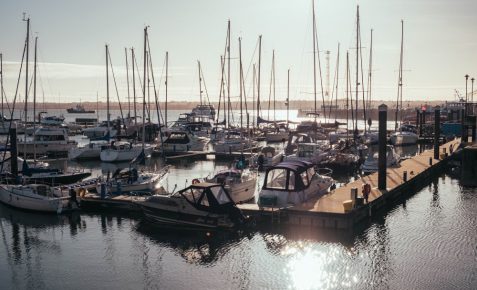 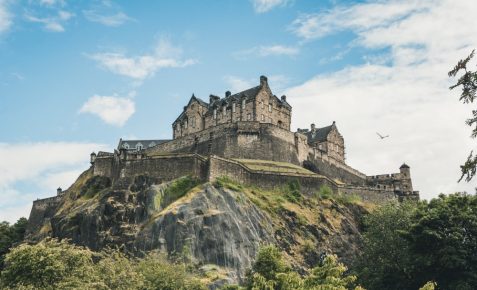